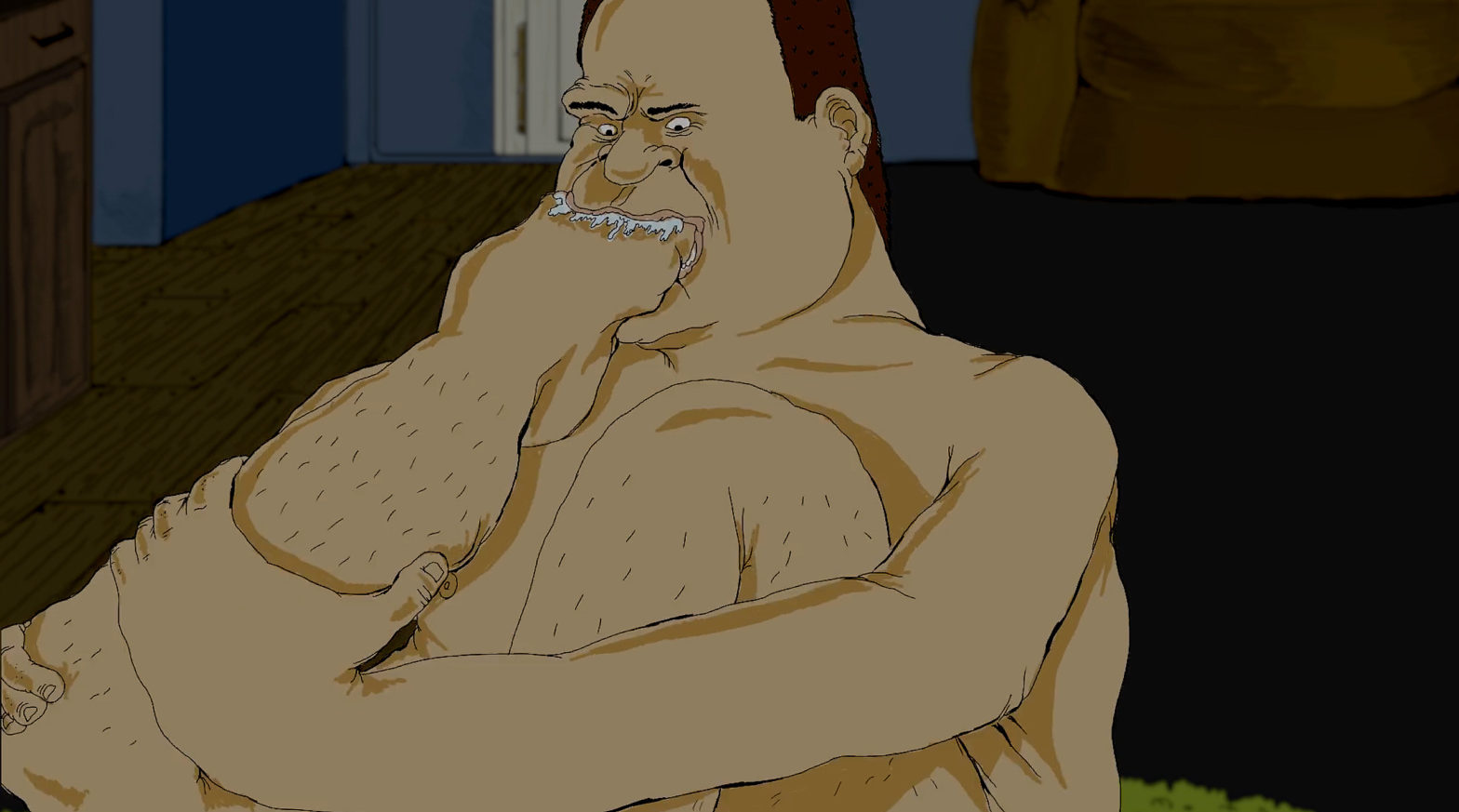 Of all the types of sexual fetishes, one of the most common is foot fetishism. In a book chapter on sexual fetishism, Dr. Chris Gosselin and Dr. Glenn Wilson reported that the three most common body part fetishes are feet, hands, and hair. As for myself, I have never seen the attraction of feet, mainly because I taught health psychology to podiatrists and chiropodists for five years. I used to sit in on student clinics where I was surrounded by people with the most awful bunions, corns, calluses, blisters, and verrucas (enough to put anyone off feet for life). On the plus side, I did manage to turn my teaching experiences into academic papers (including a 1994 paper in the Journal of British Podiatric Medicine!).

Many names have been applied to the sexual love of feet including foot fetishism, foot worship, and foot partialism. Others see the behaviour as a sexual paraphilia. For instance, both Dr. Anil Aggrawal (in his book Forensic and Medico-legal Aspects of Sexual Crimes and Unusual Sexual Practices) and Dr. Brenda Love (in her Encyclopedia of Unusual Sex Practices) describe individuals who have a pronounced interest in (and derive sexual pleasure and arousal from) feet as having podophilia. [It is also worth noting that there are some individuals who have a pronounced interest in feet for aesthetic (attractiveness) reasons but without any sexual motive. Such people would not be classed as either foot fetishists or podophiles in the definitions provided by Dr. Aggrawal and Dr. Love].

If you go online and do a Google search for ‘foot fetishes’, not only do hundreds of web pages come up, but the sheer diversity of what people are into are perhaps bewildering to a novice who knows nothing about such fetishes. (I also discovered a number of (in)famous people who were allegedly foot fetishists including singer Elvis Presley, pop artist Andy Warhol, author and adventurer Casanova, serial killer Ted Bundy, and novelist and poet Thomas Hardy). Foot fetishes can be very specific and the individual dimensions and features are critical to the podophile. They are usually interested in the size (of the foot, the toes, the heel), the shape (e.g., flat footed, high arches), the adornments (e.g., footwear, jewellery, toe ring, ankle bracelets, etc.), embellishments (nail varnish, tattoos, pedicure, etc.), non-visual sensory features (e.g., the touch, smell), and – perhaps most importantly – the type of interaction (massaging, touching, kissing, tickling, licking, sucking). There are also sub-dimensions of the fetish including those who are really into footwear rather than the feet (i.e., retifism, from the French novelist Nicolas Edme Rétif who wrote extensively about his own footwear fetish), or those that like naked feet as apposed to footwear adornments (i.e., aretifism).

In a previous blog on sexual fetishism more generally, I wrote about a study led by Dr G. Scorolli (University of Bologna, Italy) on the relative prevalence of different fetishes using online fetish forum data. It was estimated (very conservatively in the authors’ opinion), that their sample size comprised at least 5000 fetishists (but was likely to be a lot more). Their results showed that there were 44,722 members of online fetish forums with a fetishistic and/or paraphilic sexual interest in feet (47% of all ‘body part’ fetishists that they encountered) Among those people preferring objects related to body parts, footwear (shoes, boots, etc.) was the second most preferred (26,739 online fetish forum members; 32% of all ‘objects related to body parts) just behind objects wore on the legs and/or buttocks (33%). A 2006 report by AOL (called The Sexmind of America) ranked all fetish search words and phrases used by their subscribers and found that the most common fetish searched for related to feet.

Most psychological theorizing concerning both fetishes in general and foot fetishes concern early childhood imprinting and conditioning experiences (where sexual responses are typically paired with non-sexual objects). For instance, the Wikipedia entry on the psychological origins and development of sexual fetishism notes:

“Behaviorism traced fetishism back to classical conditioning and came up with numerous specialized theories. The common theme running through all of them is that sexual stimulus and the fetish object are presented simultaneously causing them to be connected in the learning process…The super stimulus theory stressed that fetishes could be the result of generalization. For example, it may only be shiny skin that arouses a person at first, but in time more common stimuli, such as shiny latex, may have the same effect. The problem with such a theory was that classical conditioning normally needs many repetitions, but this form would require only one. To account for this the preparedness theory was put forward; it stated that reacting to an object with sexual arousal could be the result of an evolutionary process, because such a reaction could prove to be useful for survival”

In her sexual encyclopedia, Dr. Brenda Love states that in relation more specifically to foot fetishism that:

“There are many reasons feet are said to be arousing. Feet are often the first part of a mother or father which a toddler touches. Likewise, parents often play with toddlers’ by pushing them with their feet or letting them ride one of their feet. Another aspect involved in the sexual attraction of feet is that love objects always have a barrier or obstacle to attainment and feet are less available to many partners than the genitals. The feet are also less threatening for those with coital difficulty because, unlike the genitals of a partner, they do not make demands for perfect sexual performance”.

The neurologist Professor Vilayanaur Ramachandran believes that podophilia may arise because the feet and genitals occupy adjacent areas of the brain’s somatosensory cortex. He believes that there may be some “neural crosstalk” between the two brain areas. An interesting study published in a 1989 issue of Psychological Reports by Dr. James Giannini and his colleagues speculated that the incidence of foot fetishism may increase as a response to epidemics of sexually transmitted diseases (STDs). They noted that there were significant increases in the sexual interest concerning feet during STD epidemics dating back to the 12th century. More recently, there was a marked increase in foot fetishism during the period of the current AIDS epidemic and is viewed by such enthusiasts as a safe-sex alternative. Dr. Aggrawal in his 2009 book Forensic and Medico-legal Aspects of Sexual Crimes and Unusual Sexual Practices wrote that:

“It has been suggested that the foot’s shape is distinctly phallic and is viewed by the fetishist to replicate the female or male genitals or the shape of a female body. Another view is that the feet and the genitals are in the same visual window, and when looking at one, the other will be in view as well; thus the two (genitals and feet) become associated in the mind”

In the 1990s, Dr Martin Weinberg, Dr. Colin Williams and Dr. Cassandra Calhan published two papers (one in the Archives of Sexual Behavior [ASB], and one in the Journal of Sex Research [JSR]) about data collected from 262 gay and bisexual foot fetishists. As this was a non-clinical sample, they believed their data was more representative than those seeking treatment (although the sample did not include heterosexual foot fetishists). In their 1994 ASB paper, they reported that their sample’s sexual interests changed over time, and that the fetishistic foot arousal was related to both sensual and symbolic aspects of the fetish. More specifically, they noted:

“Symbolically, it was the theme of masculinity that made male feet/footwear arousing, showing parallels to femininity evoked by female feet/footwear for male heterosexual fetishists. For many of the respondents, fetishism did not seem to be a substitute for living persons. Respondents had intimate relationships and were able to incorporate their fetish interests into stable relationships and less intimate ones. Considerable involvement in sadomasochistic practices was also found as was involvement in the gay world”.

In their 1995 JSR paper, Dr. Weinberg and his colleagues reported that foot fetishism typically began around the start of adolescence and that the experiences were viewed as positive. Their sexual behaviour was a product of learning from other males in their environment (fathers, brothers, older peers) and not as a result of social isolation (often seen as a precursor and/or risk factor in fetishistic behaviour). The men did not seem to be of one particular personality type either.

Compared to many other types of sexually fetishistic behaviour, foot fetishism has received a fair amount of empirical attention both in the academic and clinical literature, and this may be because foot fetishes are more prevalent than most other types. Most podophiles appear happy and contented with their sexual preference and as a consequence do not generally seek treatment.